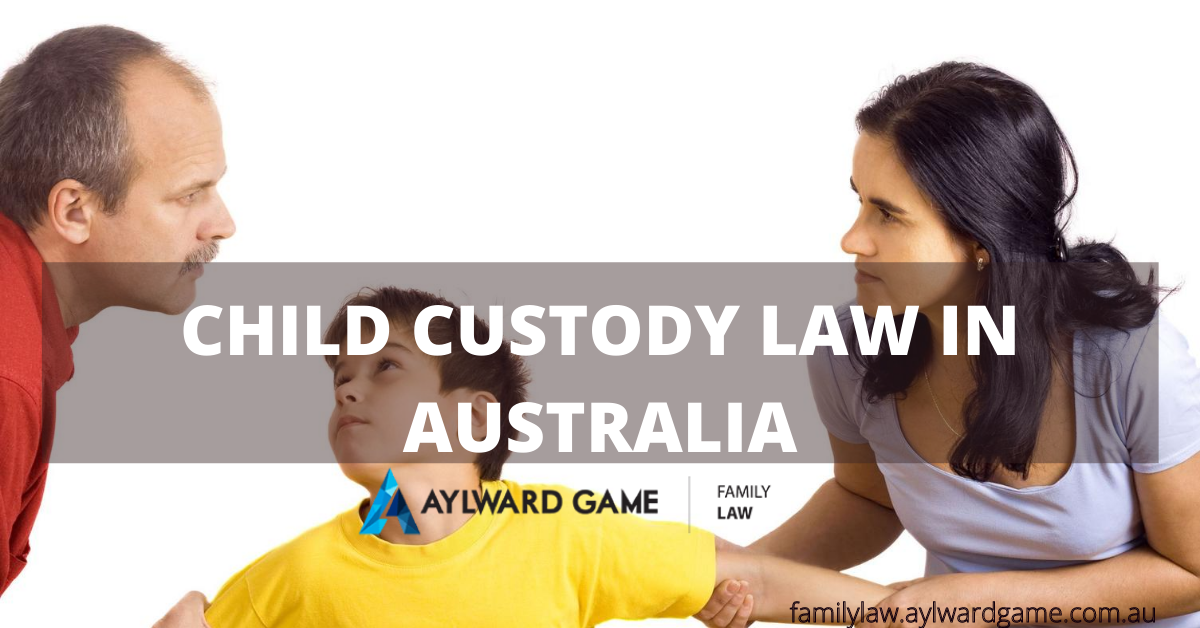 The divorce has a direct effect on children. They have to live with either one of them. When the parents are together, they raise their children with combined efforts. And it is for sure that the parents love their children. So, who gets to keep the child or children after divorce? In this article, we will explain to you the working of child custody laws in Australia.

The parental responsibility points to the responsibilities of the parents who have a child, either born or legally adopted. According to the Family law act, 1975 section 61C each parent having a child under 18 years has equal responsibilities for those children. But one of them can be restricted by the court according to section 61D. The separated parents can seek “sole custody” to restrict the access of the other parent.

If the court finds any evidence that the child is being harmed or the behavior of one parent is irresponsible, then according to section 60CG the court can refuse the responsibilities and the powers of that parent.

The term equal shared parenting only relates to allocation. It does not state that both parents will have to spend equal time with the child. The sole custody is given to one parent depending on different aspects. For instance, one parent is given custody of the child if he or she is involved in the education and the religion of the child. But parenting can be shared in other matters.

Usually, a separated or divorced couple cannot decide about parenting the child. So, they can seek help from the family court. The parenting orders are given by the court after hearing from the parents. This order is given only after they attend a Family Dispute Resolution where a mediator tries to bring them to an agreement. This parenting order is different from the consent order. It is a written agreement that is submitted to the court.

This will help them to know to parent their child after parenting. Each parent will fulfill their responsibility for each child until the court order is changed. When the court gives any order regarding shared parenting the time that is spent with the child is not fixed.

Before 1995 the parent could ask the court for sole parenting if they did not want their previous partner to meet their child or children. But this is not the case anymore. The family law system has changed. According to the Act, a parent may ask the court for sole parental responsibility which is similar to sole custody. The court will give this order only if they find that shared responsibility will not be in favor of the child.

The responsibility given to one parent by this rule are:

How to get custody of the child?

When making any parenting orders the court must consider that the child should not be exposed to violence. It is mentioned in the Act section 61DA (2-14). According to section 60CF, the child’s best interest is the priority to protect the child from the violence of any of the parents. Any person can also report such violence to the court. The person does not need to be a part of the family.

The court tries to give an order which is in the best interest of the child. It can also change decisions depending on the situation. This order includes the sole parenting responsibility. Which states that one parent has full decision power over the children. The major effect of this order is that the responsible parent does not need to consult the other parent in making any decisions about the children.

If the children are at threat in the presence of the other parent the responsible parent can apply to vary the parenting order appropriately to the court. This can be applied even after the initial parenting order is declared.

If a parent needs to apply for sole parenting or sole custody, he or she will give a complete report to the court which will contain all the matters relevant to the irresponsible behavior of the other parent. It can include the police reports or the statements of different witnesses. Any evidence that shared parenting can create more problems for the child or children. The health of the parent either physically or mentally is also an important factor.

How do you lose custody of a child?

You can lose custody of a child or children depending on many factors. Here are a few of them:

To keep the child in your custody, try to spend enough time with him or her. Don’t let yourself feel emotionally sick. Loneliness is not good for them.

Every parent has the right to take good care of their children. But sometimes some of them can lack interest in raising the child. In this case, the other parent should apply for sole parenting. A child should not be raised in the wrong environment. If there is violence or abuse in the environment the shared parenting cannot be a good option. So, the decisions should always be for the best interest of the child or children. Aylward Game is always here to help you. They have the best child custody lawyers. For the best future for your child go and contact Aylward games.

There are many questions about child custody. To clear the confusion, we have tried to answer the most common of them.

When a child can choose between the parents?

There is not a specific age for this decision. They can choose who they want to live with, or if they want to see the other parent or not. A child is a minor until they turn 18.

Do I have the right to know about the environment of my child?

Each parent has the right to know about the environment of the child. They can also ask if the child is left with babysitters or friends when the other parent is not around. The visiting schedules can be changed with the change in the age of children.

Should I tell the court about family violence?

How to prove to the court that I am a better parent?

You should be physically caring. And you should have a good emotional relationship with the child.

All About Air Pressure and the Winter Season

Looking to Buy Condos For Sale – 3 Facts Many People Overlook

The Greatest Technique To Secure Scaffolding To A Home In Ipswich

The Most Hilarious Complaints We’ve Heard About Edinburgh SEO