Home > General > Agriculture 101: The Classifications of Disc Plows and their Features 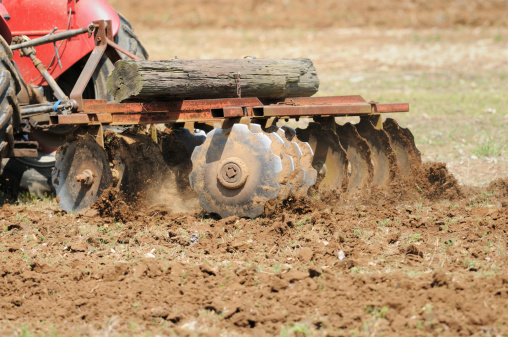 "Tractor pulling till, disk harrow, or plow across field."
General

Agriculture 101: The Classifications of Disc Plows and their Features

These machines are in the shape of a disc, as the name would suggest.  By creating a rolling plow bottom rather than a sliding plow bottom, disc plows are to reduce friction. It makes furrow slices by cutting, twisting, and occasionally breaking them using individually placed, massive steel discs attached to one side. The disc plow is used for breaking, elevating, turning, and mixing the soil.  Furthermore, it is advantageous in dry, trashy soil conditions and on grounds where scouring is a primary problem. It is used as well in rough and newly opened fields.

There are benefits and advantages if you think about purchasing a disc plow for your field. The advantage of using a disc plow in farming is that  It is possible to press a disc plow into soil that is too dry and hard to work. The use of disc plows also is beneficial when you are planning for deep plowing since it will be difficult if farmers will do it manually. Another benefit is that there is little chance of it breaking in hard or stumpy soil. Even when a portion of the disc has stood in harsh soil, the device can perform admirably. Even if it’s operated repeatedly, the disk’s blade does not require routine replacement or sharpening, resulting in the low maintenance cost of the disk.

Although there are some benefits when using disc plows, there are also some negative aspects. One example is that the plow cannot move at high speed. It will take a long time and be time-consuming because of how slowly the equipment moves. Now that you know a little about disc plows and their benefits, we can learn about the various types and features.

Typically, a disc plow consists of several separately installed inclined disc blades on a frame, mounted, and installed.  These plows naturally have two to six discs; It is cut into pieces using cutters to position them around 18 to 30 cm apart.  Each disc rotates in a thrust direction on a stub axle. The disc plows are tilted backward at angles ranging from fifteen to twenty-five degrees and forty to forty-five degrees from vertical. A sturdy standard plow attached to the beam has a foundation found at the bottom. Disc sizes generally range from 60 to 70 cm.

The discs crack, push, and slash the earth as they work.  Compared to a moldboard plow, there is less distortion of the plow slice and less trapping of weeds and garbage. There are two types of Standard Disc plows; the first one is animal-drawn the other is tractor-drawn.

The disc plow is attached to a universal frame that links to two wheels. The operator’s seat will be built within the frame, which an animal will pull. This plow has only one disk blade, which can be inclined backward between 15 and 25 degrees in the vertical plane. Additionally, the blade has a motion-directed angle of around 45 degrees.

This plow has a tilt and angle similar to the animal-drawn plow and has one to seven disc blades. The diameter of the disc blade is between 60 and 90 cm. Bolts are attached to the circular curved steel disc with sharpened edges from the iron pillars are connected, and the main body is individually linked.

The plows use thrust-type ball bearings or taper roller bearings. Three wheels include with these plows: a land wheel, a rear trench wheel, and a front furrow wheel.  On the plow, there are other levers for controlling the depth, drag links, and scrapers.

It is comparable to a regular disc plow unless indicated that it can flip the furrow slice to the left or right. Not only does it increases productivity, but it also leaves the field level flat. Because the operation may be carried out back and forth on the contour line without any issues, this plow is particularly effective for contour plowing.

To stop soil erosion earth is turned in the proper direction. Slopes can also be leveled off over time by simply plowing them yearly. It prevents water waste, increases irrigation effectiveness, and promotes uniform crop development. A lever is employed to spin the disc from one side to the other.

Various classifications and tools are available to farmers in the broad field of agriculture. One category involves the types of disc plows. Farmers can use disc plows to make paths or furrows in the soil for planting seeds and other supplements.

Knowing what a disc plow does and how it operates is essential. For farmers, ranchers, and other folks who do a lot of plowing, disc plows are a fantastic option. They move quickly, powerfully, and effectively. Using disc plows in agriculture, you can accomplish more work. It developed into a significant element of agricultural machinery. Farmers would be more efficient as a result. 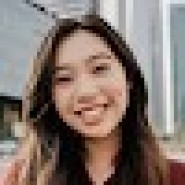