Home > General > Why To Go for Huntsman Araldite 2014!
General

Why To Go for Huntsman Araldite 2014!

Building and fixing things goes a long way towards innovation and inventions. Building and fixing both need adhesives in order to join components and often broken parts which can be joined together without any compromise in its working efficiency. There are several types of adhesives available in the market for various uses. Commonly used types are liquid adhesives such as glue, used to stick paper as in envelopes, cloth and cardboard. Other types are solid adhesives, such as thermoplastic adhesives which are melted to join components and then solidifies to set permanently. Finally come the most prevalent types of adhesives, called epoxy adhesive, which are easily manageable to use and can be used for a variety of substances. Read below to find out about the workings of epoxy adhesives and why Huntsman Araldite 2014 is the go-to adhesive for all building and fixing needs!

How does Huntsman Araldite 2014 work?

As mentioned above, Huntsman Araldite 2014 is an epoxy adhesive i.e., it has two components; a resin and a hardener. Resin is the sticky part which actually acts as the glue of the epoxy, which binds the two components that need to be joined. The other part is the hardener, which as the name suggests, hardens the resin to solidify the mixture. The usage of Huntsman Araldite 2014 involves mixing the two components in a 1:1 ratio. Once both are mixed, there is a 60-minute window to apply the mixture before it hardens permanently, via an exothermic reaction, which releases heat. The resultant is a hardened mix, that efficiently bonds the items which needed to be joined.

What are the advantages of using Araldite 2014 50ml?

For small repair and joining tasks, Araldite 2014 50ml is the best solution for people. As the name suggests, Huntsman Araldite 2014 comes in a 50ml cartridge which makes it an easy-to-use option for confined spaces and with its thixotropic property, it can easily fill cracks and crevices, allowing flawless fixing of broken items. At the same time, it is viscous enough for vertical applications and possesses high shear strength, low shrinkage rate and resistance to temperature and chemicals. All these properties permit Huntsman Araldite 2014 to be used in a myriad of situations, for DIY, crafting and industrial uses including but not limited to bonding of filter media, electronic fuses, and even Teflon as Araldite 2014 50ml contains chemical etchants, which ensure a decent bond to even a non-stick material such as Teflon.

Where to look for Huntsman Araldite 2014?

Perigee Direct is the place to get Huntsman Araldite 2014 for all bonding requirements. Not only Araldite, Perigee Direct deals in all industrial supplies in various quantities depending on the need of the customer, ranging from individual use cartridges to bulk orders as well. The best part? They also ship the same day, reducing the time taken for delivering the product. 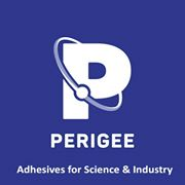